See photos from the 2018 Wingspan Gala and Carmen Cusack performance. 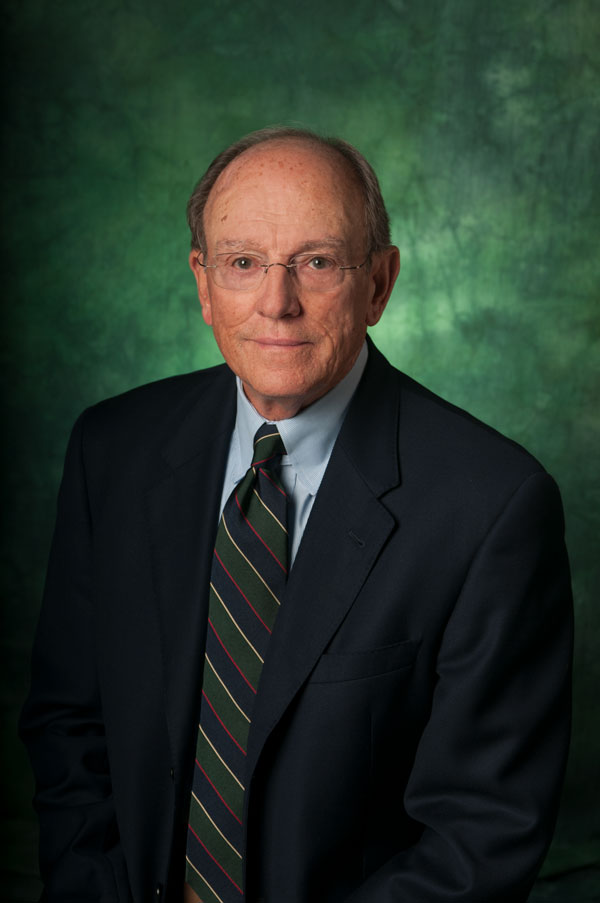 Jim McNatt ('66) earned his degree from UNT in general business and was an active member of the Kappa Sigma fraternity. He is a partner in the Luttrull-McNatt Chevrolet dealership in Sanger and the Luttrull-McNatt Buick/Chevrolet/GMC dealership in Gainesville and serves as vice president of McNatt Properties LLC, a real estate construction and apartment management business. McNatt is active in the community, supporting Liberty Christian School, the North Texas Fair and Rodeo, the United Way of Denton County and Court Appointed Special Advocates of Denton County Inc. He and his wife are staunch supporters of the Denton Animal Support Foundation and made a large contribution to open the Denton Animal Shelter, which has been named the Linda McNatt Animal Care and Adoption Facility in his wife's honor. Lifetime members of the UNT Alumni Association and a member of the prestigious McConnell Society, McNatt serves on the President's Leadership Board, the UNT Foundation Board of Directors, the College of Business Advisory Board and the Kuehne Speaker Series Board of Directors.

Nada Shabout is professor of art history and the coordinator of UNT's Contemporary Arab and Muslim Cultural Studies Initiative. She is the founding president of the Association for Modern and Contemporary Art from the Arab World, Iran and Turkey, and is widely recognized as one of the world's most important art historians. In 2010, she led Mathaf: Arab Museum of Modern Art's curatorial team for the inaugural exhibition Sajjil: A Century of Modern Art, and curated one of the two accompanying opening exhibitions, Interventions: A Dialogue Between the Modern and the Contemporary. Shabout is the founder and project director of the Modern Art Iraq Archive and has received fellowships from The American Academic Research Institute in Iraq and a Fulbright Senior Scholar lecture and research fellowship to Jordan. One of the "Eight Influential Female Art Historians You Should Know" according to artsy.net, Shabout recently received a $50,000 Creative Capital/Andy Warhol Foundation Arts Writers Grant to work on her new book, The Dialectics of the Decorative in Iraqi Art. She also has published numerous articles on modern and contemporary Arab and Iraqi art; wrote the groundbreaking Modern Arab Art: Formation of Arab Aesthetics in 2007.

Krystin Rodriguez ('17) graduated in December with two bachelor's degrees in French and international studies and a 4.0 GPA. The UNT honors graduate also recently earned the prestigious Rangel Fellowship from the State Department, one of only 30 U.S. students chosen for the fellowship that includes an internship with the State Department. A Hispanic Scholarship Fund Scholar, a Benjamin A. Gilman International Scholar and a North Texas in D.C. Scholar, Rodriguez also has completed internships at the U.S. Department of State Foreign Service Institute and in the Office of Congressman Michael C. Burgess. She plans to pursue graduate studies at Johns Hopkins University's School of Advanced International Studies in the fall.